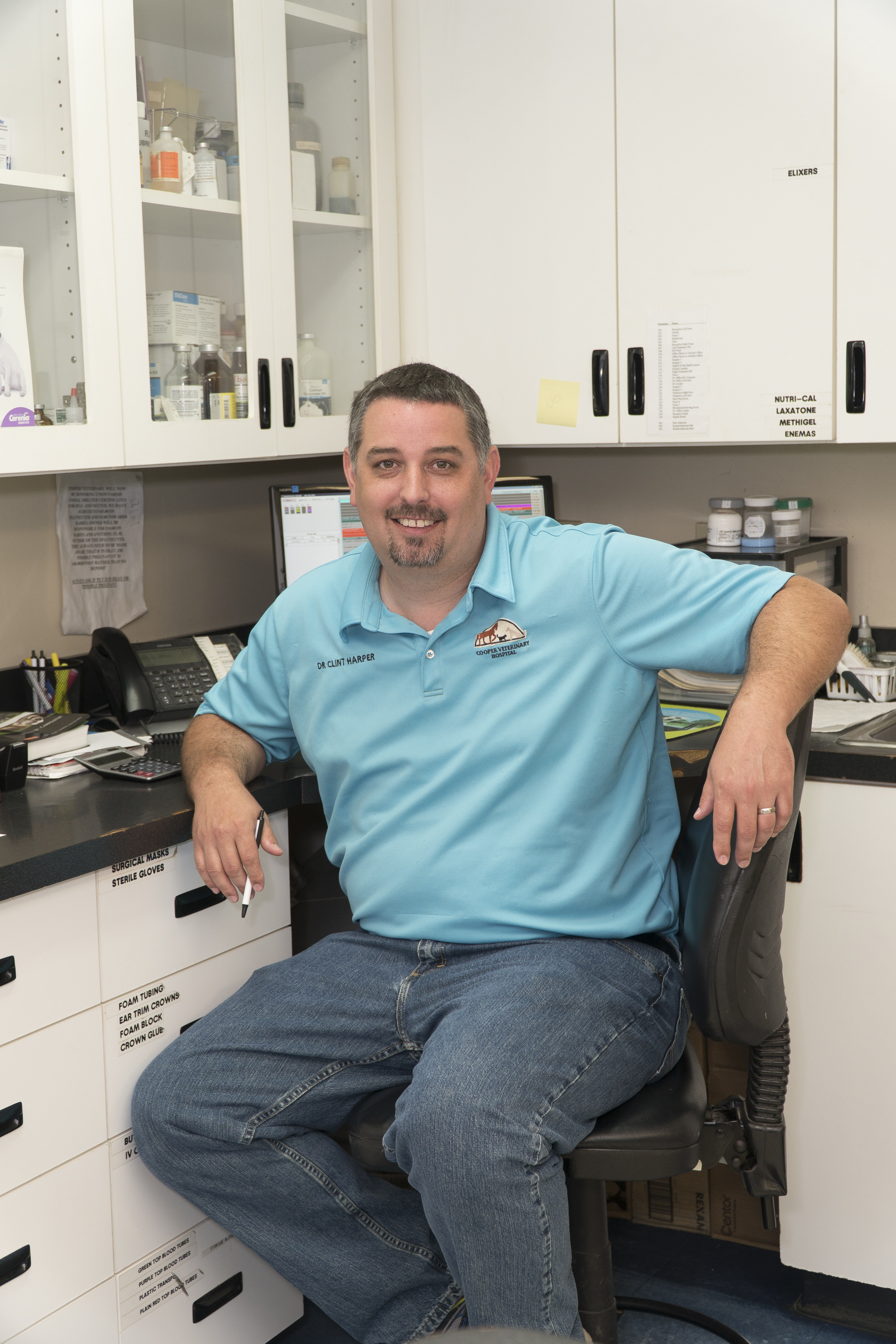 Dr. Clint Harper grew up in Oak Grove, LA. After graduating from high school, he attended Louisiana Tech University in Ruston, LA. While there, he balanced schoolwork with sports as he earned his bachelor's degree in animal biology as a member of the Bulldog baseball team. After graduation, he accepted a job in his hometown teaching and coaching, which he enjoyed for three years; however, veterinary medicine would become his true passion. Deciding to go back to school, he accepted a job as a veterinary technician here at Cooper Veterinary Hospital before attending veterinary school himself. After graduating from the Louisiana State University School of Veterinary Medicine in 2007, Dr. Harper completed externships in Thomasville, GA and Valley View, TX before accepted a position as an associate veterinarian in Nacogdoches, TX. When a position opened at Cooper Veterinary Hospital in June 2008, he jumped at the opportunity to come back home.

While away from the hospital, Dr. Harper enjoys spending time with his wife, Heather, and his daughters, Riley and Reese. Their family also includes two dogs (Elsa and Myrtle) and four cats (Simba, Louie, Kitten, and Mister), a mini horse named Daisy May and a quarter horse named Prissy. He still enjoys sports but now more so as a spectator. He also enjoys the outdoors, tearing himself away to go hunting and fishing whenever possible. Now that he is back home, he hopes to become more involved in the community and looks forward to making many new friends through animals.

Find us on the map