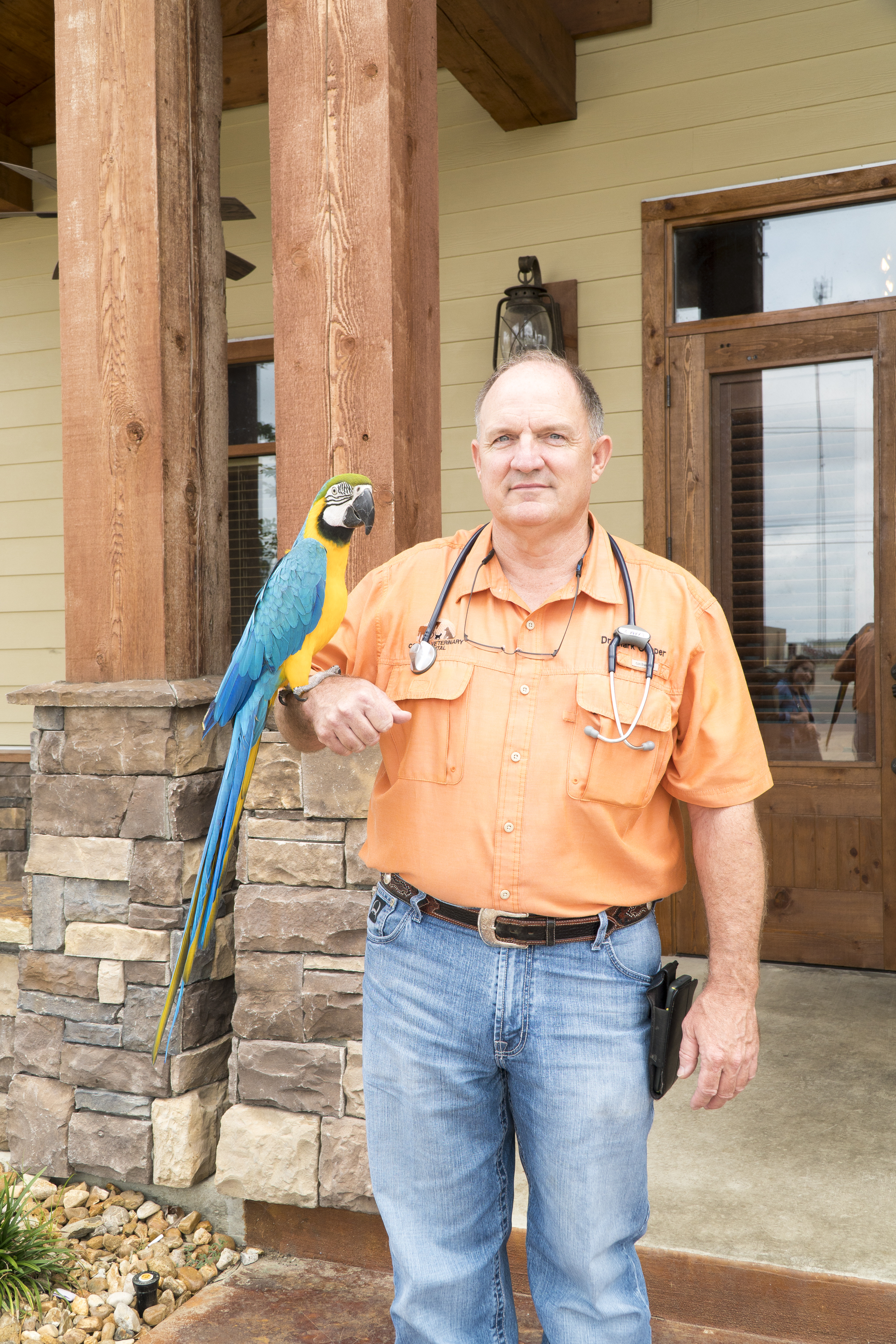 Dr. Clark Cooper was born while his father was in Veterinary School at Auburn University. At an early age he was following in his fathers footsteps as he showed livestock at local and state competitions and helped his father on farm calls. He was destined to become a veterinarian from those childhood experiences. He graduated from West Monroe High School and Louisiana Tech University with bachelors in Animal Science, and then continued his education at Louisiana State University College of Veterinary Medicine graduating in 1992. Dr. Cooper is a continuous learner and holds a strong value on education. While in vet school, he interned throughout each summer and after graduation in Kentucky, Tennessee, New York, and Florida under some of the top equestrian practitioners in the country. Dr. Bill Baker, Dr. Jim Becht, Dr. Jerry Bancroft, Dr. Walter Zent, Dr. Gary Lavin, Dr. Mark Cheney, and Dr. John Steele provided hands on experience for Dr. Cooper during these rotations where he worked on horses used in a variety of pleasure, dressage, jumping, and track areas to fine-tune his skills especially in the specialty of lameness. He has clients from throughout the southern states region who come for his expertise in diagnosis and treatment for lameness.

Dr. Cooper is sometimes thought to be only into large animals, but he still enjoys working with all animals. He continues to expand his learning fields with a breeding specialty in the areas of artificial insemination, embryo transfer, laproscopy, semen collection/freezing and infertility among dog, cattle, horses, and the new expansion of deer/wildlife services. Dr. Cooper always enjoys a challenging case and will give his every effort to see his patients through tough cases. Animals sustaining orthopedic injuries were once referred to LSU in Baton Rouge as this was the only hospital performing these corrective surgeries. Dr. Cooper once again expanded his education and now performs many successful orthopedic repair surgeries in his hospital.

Dr. Cooper enjoys his work and spends much of his free time working on his own farm where he has over 150 head of Angus cattle that are on an  intensive genetics selection program that allows him to reproduce offspring in the top 10% of the angus breed. At Cooper farms is a quarter horse breeding section where a genetic emphasis is placed on the cutting horse line's of Doc O Lena. Cooper Farm provides hay for sale to the public as well as food for the hospital's large animal hospital. Dr. Cooper enjoys time on a tractor away from daily business, although his free time is spent producing items that revolve around his practice. Dr. Cooper also has an interest in the field trial sport of dogs, where he owns a field trial champion named Tootie. Tootie trains and performs with Mrs. Sherry Meeks of Ouachita Water Dogs.

He is glad to be in his hometown of West Monroe and contributes to the community through volunteering in the capacity as a Board member of the Ouachita Parish Mosquito Abatement Board where he serves as president. He has been elected to the Chamber of Commerce Board here in West Monroe. He is also founding member of the Northeast Louisiana Animal Emergency Clinic and has served as a Board member and officer. Dr. Cooper also works with the local canine officers and caring for four-footed police officers. West Monroe Police Office, Louisiana State Police, and Ouachita State Police office, all have canine officers that receive veterinary care from Dr. Cooper.  He and Dr. King Scott provide numerous canine teeth repairs for these specially trained dogs that protects and serves our communities such as titanium implants and caps.

He is married to Alana Donald Cooper and has a daughter, Kamden and son, Colton as well as his three dogs, Kelly the Corgi, Cookie the Australian Shepherd, and Dig the Labradoodle.

Find us on the map